Here are some snaps from the Demolition Derby at Stockwell on Saturday.

Brixton’s Baddest Skate Shop did a great job organising the Day and even a bit of rain couldn’t stop the fun.  Thanks to everyone who gave time and effort to make this event a reality. 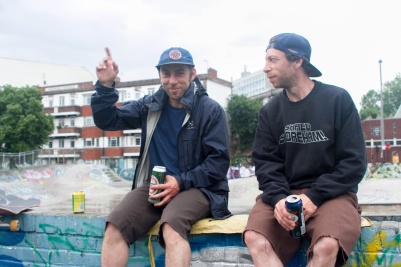 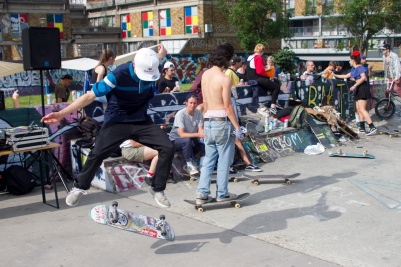 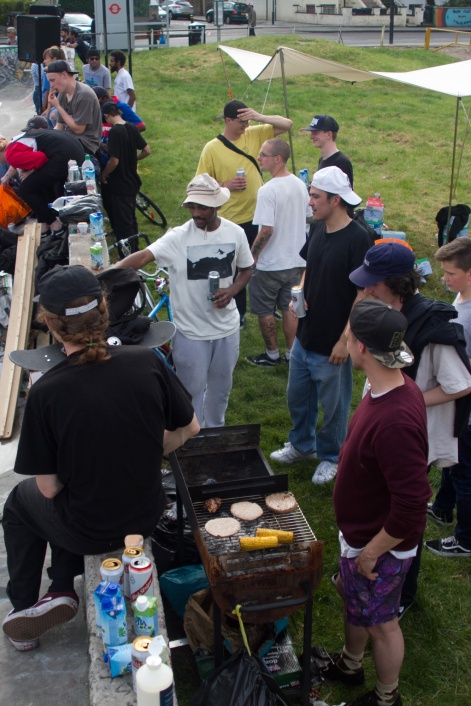 Avoid sun-stroke if it’s hot or keep your head dry if it rains, and look sharp as all hell at the same time.

Get over to the online store to get yours, click HERE

Here’s the visual evidence of a day out, hanging around South London with Adam and James. 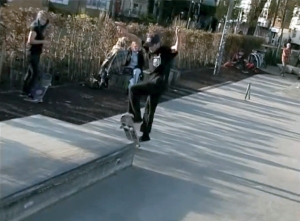 Joe features in a rare “Off Level” excursion in the fourth instalment of Josh Wells’ Brighton based scene series , CrusTV: Part 4.   You may also spot Joe rocking his “Pocket Knife” Tee while nose-blunt sliding a level block, earlier in the edit.  If you feel the need to look as sharp as Joe, head to our online store by clicking on the picture of the shirt down there.

Marcus Picks His Nose At The Level

Marcus having fun in the bowl at The Level on our recent trip.

We’ve known and skated with Marcus for a while now and it seemed like the most natural thing in the world to bring him into the [FLKNF] family.

If he’s not skating, he’s filming but always smiling.

It brings smiles to our faces to tell you all that Marcus is now OFFICIALLY on the team.

A NEW YEAR, A NEW RIDER

There are many different ways to start a new year.  The best way is to look forward, make plans and try to keep things moving in the right direction.

For that reason we are pleased to announce that Stockwell ripper Joe Coward has joined the Flicknife team.  Everyone at Flicknife is hyped about Joe joining the team and looking forward to skating with him even more than we do already.
Welcome to the team Joe.

We are excited to announce today’s release of the “Shoot From The Hip” shirts.

Ever since the original lino-cut featured in the “Out Of Stockwell” exhibition we’ve been planning to get the graphic onto some Tees, and now it’s happened.

We have Small, Medium, Large and XL available, so that should cover all of you.  This is a limited run so get in there quick to avoid disappointment.
Head on over to the store to get your hands on the new shirt.

It’s time to let another secret out of the bag.

We have another team rider signed up, James “Horse” Hall!

We’ve been skating and building with James for a while now and can’t say enough good things about him. He rips on his board, is a truly driven creative force, a super nice guy and one of those guys you want to be at the session.

Everyone involved with Flicknife is so stocked to welcome James on to the team and totally excited about having an excuse to skate with him more.

AND THE TEAM CONTINUES TO GROW!

That’s right, we have another rider on the team.

We are happy to announce that the talented Martyn Thomas is now official repping the Flicknife brand and will be doing so all over Europe, the UK,  London and especially at Stockwell.

Martyn possesses the some evil pop, a joy for speed and sometimes a wreckless combination of the two has jaws dropping.  You can look forward to photo and video evidence of that kind of skating in the near future.
Until then we just want to say.. WELCOME TO THE TEAM MARTYN!

ABOUT TIME WE ANNOUNCED A TEAM RIDER

After lengthy negotiations in smoke-filled rooms and sat on the wall at Stockwell, Flicknife Clothing is stoked beyond belief to announce that Adam “Johners” Johns has agreed to ride for us.

Johners is pure skateboarding and a really good mate, and that’s about as lucky as you can get when you’re looking for someone to join the team.

We’re in the early stages of designing his signature shirt, so stay tuned for more info.

Congratulations Johners and thanks for having us.

We’ve got some new colours coming in the next run of the Logo Tee so keep an eye out for the announcement of the finished print run.

We will let you know of course.

ONLINE STORE IS UP AND RUNNING

So after months of selling these at skateparks we’ve now got the remainder of the stock from the last run up on the online store.  The current stock is getting low but don’t worry these will be getting reprinted in the near future.

All prices include postage to any UK address.

Beginnings are always exciting.  All the possibilities are out there, it can all be done, between now and the end.

The possibilities for FLICKNIFE are as yet unknown, and so limitless.

We’ll keep you posted as each possibility becomes reality.